In our world, the existence of paranormal gifts is accepted; those who have them, not so much. The Gifted are often feared and hated by their neighbors and Homeland Security has a nasty habit of conscripting the Gifted for government “employment.” Funny how those so employed are mostly never seen again. Our series follows the members of a Gifted family from Eastern Washington wheat fields to New York City streets as they battle fear, bigotry, and government conspiracy and find love along the way. 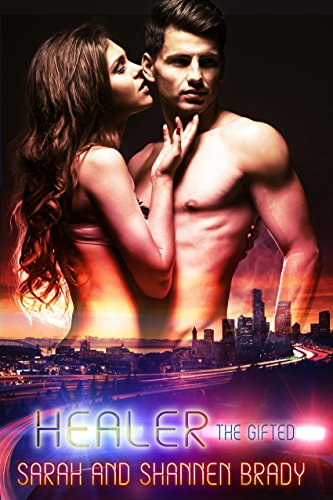 Alexandra Grayson is an empathic healer, flying under the radar as a Spokane Valley EMT. Protecting her family’s secret from Homeland Security’s Gifted Agenda and the bigotry of a fearful populace is the most important thing to her. That means getting close to men, especially super sexy cops, isn’t an option.
Sergeant Tyler Kincaid is a man who knows what he wants and what he wants is Alex. When she accidentally outs herself as gifted by healing a child, Tyler helps her escape and takes a bullet for her. She uses her Gift to heal him, binding them together in new ways, but even his love is not enough to protect her. When Alex is kidnapped by HOMSEC agents, Tyler has to lead a motley collection of Alex’s gifted relatives in a daring rescue.

Status: Healer is available for sale on Amazon. Check it out HERE! 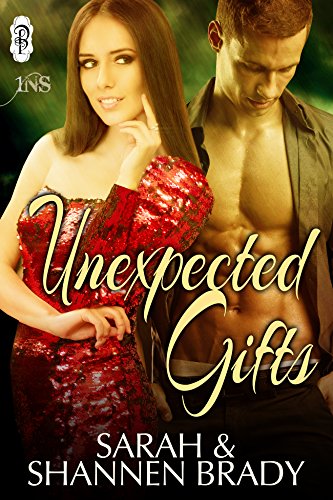 Having paranormal Gifts in a world that fears what it doesn’t understand is tough. Luckily, Iris Kosta is tough, too. She’s already lost her twin brother to Homeland Security's paranoia and greed. Add in her job as a kickass security operative, and it makes for a lonely life. Which is too bad, because Iris likes men—a lot. She makes do with plenty of dates and hook ups, convinced there’s no such thing as true love. Mike Connolly does believe in true love, and its name is Iris. Too bad she’ll never see him as anything but one of the boys. When he finally despairs of getting anything more than friendship from her, he reaches out to Madame Eve for help finding a woman who can eclipse his obsession. Thanks to meddlesome relatives and Madame Eve’s talents, both Mike and Iris find themselves the recipients of some unexpected gifts. Let’s hope they can survive long enough to enjoy each other.

Status: Unexpected Gifts, a novella part of the 1night stand series from Decadent Publishing, is available on Amazon now! Get it here.

Niko Kosta is starting over. The touch-clairvoyant has relocated to a new city, excited to leave past trauma at the hands of federal agents behind him. Niko has always looked for the fun in life but when he starts to have visions of a beautiful woman in trouble, playful Niko will have to grow up in a hurry, or lose everything he never knew he wanted.
Lilliana Johansson is on the run, fleeing an abusive ex who also happens to be wealthy and well-connected – an extremely dangerous combination. Ana is no wilting flower and is determined never to need a man ever again. Can she forget her past long enough to have a chance at a future?
Niko’s Gift shows him visions of an angel running for her life and he can’t help but come to her rescue. When he finds out that the man his angel is running from is creating drugs for use in Homeland Security experiments on the Gifted, the stakes become even higher.

Val Alvarez is a rock singer and when her band takes a gig at a Vegas night club, she’s not sure the settled life is for her. With her Gift of Finding, Val Alvarez has no intention of spending her life chasing after lost dogs and stolen wallets. Missing kids, now, that’s another story and when street kids start disappearing from the seedy side of the city, Val has to get involved.
Trace Reed is an ex-cop with a foul mouth, anger issues and a touch of Telepathy that only works when it damn well feels like it. Being a P.I. suits him because he can work alone. That’s how he likes his life, alone, until a smart ass little pixie with pink hair and combat boots comes strutting into his life. He doesn’t need her help or her smart, hot mouth or her incredible little body….Crap!
When the parents of one of the missing kids hires him, Trace is willing to use whatever resources are available, even a Gifted Seeker. However, when the resource turns out to be the hot little piece from the club, he’s not so sure. Solving this case could make his reputation, but it just might cost them his heart and her life.

Drew Lowe doesn’t like people. Too much noise, too much confusion, and too many thoughts for an untrained telepath to handle. That’s why he tells himself his job as a librarian in a collegiate research library is perfect for him – despite feeling unquestionably lonely and dull.
New York Times investigative reporter Katya Ivanova takes no prisoners. When she is assigned to work with a researcher for a project on the Gifted, she’s not looking forward to combing through the shelves with an elderly stuffed shirt. However, Drew is nothing she expected, and she can’t wait to get him out of those oxford shirts.
But the project Katya’s working on draws unwanted attention, and it becomes clear there’s someone out there determined to stop her from going public from what she’s found. Drew will have to stand up for both of them – but will his lack of training in his gift be the downfall of them both?