We have a cover for Healer!!  We're more than a little in love with it. Somehow it all feels real now.  The promotional beast breathing down our necks is intimidating as all get out but that’s the next mountain to climb. We hope to have some swag for the Emerald City Writer’s Conference in October. 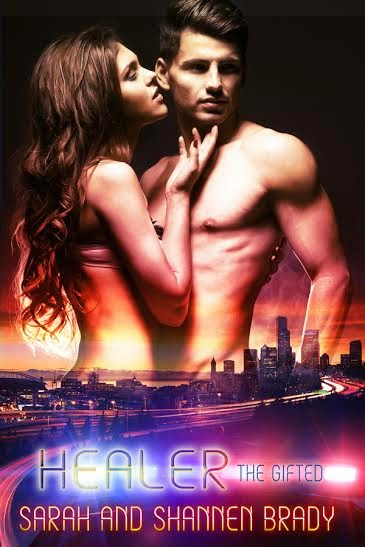 Where we're at and what we've learned

HEALER has a contract!!! Woot! Most exciting moment ever.  There’s a lot still to do but we ended up going with a great small press and we’ll update this site at the process moves forward.  Weeeee!
We’ve also received an offer on FIRE AND WATER. We’re still working out the details but we’re going to be working with one of my favorite publishers on three books.  Double Woot! Shannen is working on the 2nd book in that series and I’m working on the third, though the titles may change before we’re done.  I’ll have more time to work on it now that the web site is up and running.  We’ll try to keep this web site up-to-date on our progress and anyone interested should watch our Works in Progress page for changes.
When we started this journey, I would never have guessed that the writing would be the easy part. Turns out there’s a lot more to becoming a published author than writing a good book, (although that’s hard enough.)
I’ve learned so much in the year and a half since we started this. I’d like to thank my friends at the Inland Empire Chapter of Romance Writers’ of America for much of my education. Their patience, generosity, technical skill and pure talent are nothing short of amazing, and we would not be nearly as far along on our journey without them. Also, thank you to my critique partner, DP Denman, who has written some awesome books, and thanks to all the anonymous contest judges who patiently gave their feedback, both positive and negative. Between the input from all these talented people and the RWA classes I’ve taken, it’s a wonder my puny little brain doesn’t explode. Here’s just a few of the new bits and pieces now bouncing around in my head.
Literary lessons I have learned:
1)      Artists may be sensitive but writers better be tough.  When I started getting edits from Shannen, they used to piss me off. Of course, she’s my daughter and sometimes she’s even as funny as she thinks she is, so they are occasionally “editorialized” when they come to me. When I got the results of the first contest I entered, I wandered around in a fog of despair for three days before I could put on my big girl panties and start re-writing. I’ve gotten a lot better about appreciating the valuable information I’m getting, though I can still be shocked by the amount of red or blue edits on a page. And don’t even get me started on rejections.

2)      There are more than half a million words in the English language and a great many of them are strictly unnecessary. I’ve learned that I have an unhealthy relationship with adverbs and that I must remain ever vigilant against the encroachment of small, excess words in my writing. Short, sweet and to the point is always better.

3)      Non-writers think romance writers are weird.  When you add to that the fact that we write both m/f and m/m stories, that “people think you’re weird” factor is multiplied exponentially. I just keep reminding myself how much fun we’re having and try not to care. Someday soon (notice my optimism) we’ll start making money at this, and I’ll take weird all the way to the bank. In the meantime, there are a lot more stories to tell.  Long live weird.

4)      Commas are our friends. For some reason, they flee from me in terror on my first drafts and have to be added by the hundreds to the final work. Why? Only my psychiatrist knows for sure.
Posted by Shannen K. at 6:35 PM No comments: